The Riotinto mines have been intensively exploited during the past 150 years, depleting many deposits and severely polluting the Tinto and Odiel rivers. Current operations are focused on the Cerro Colorado deposit which has generated huge tailings dams that span over 500 hectares and present significant risk of failure. 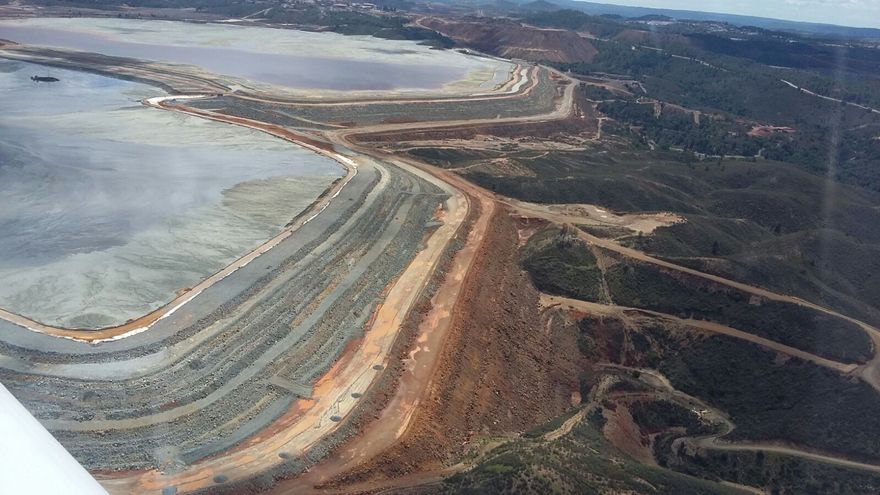 Mining activity in the Riotinto mines and other nearby mines has caused a large-scale environmental disaster, compromising the entire Tinto and Odiel river basins. Despite their modest flow, these two rivers discharge 37% of the zinc and 15% of the copper contributed by all the world's rivers to the world's seas and oceans. In a large part of their courses only extremophile organisms can survive and the degree of pollution compromises the availability of water for human consumption and irrigation, seriously damaging the entire Huelva estuary.

Currently, the main environmental risk posed by the mining operation is the very high risk of rupture of the tailings dams (called 'Gossan', 'Cobre' and 'Aguzadera') which occupy 580 hectares and have been built in different phases since 1969. A technical report has concluded that the probability of catastrophic failure of the dams by a liquefaction event was as high as 95% over a 19-year period, if urgent measures were not taken.

In the event of a liquefaction failure, sludge would be dragged along the entire Odiel river to its marshes and outflow into the Atlantic through the Huelva estuary, in the vicinity of the Doñana National Park.

In July 2020 the Junta de Andalucía modified the authorisations to exempt the mine from complying with this condition, and a 42 metre extension of the walls of the tailings dams is currently being processed, to hold another 161 million tonnes of waste in the form of sludge, at least until 2031.

People living close to the mine have complained of vibration damage to their homes and atmospheric pollution from dust clouds with average levels of copper, zinc and arsenic up to ten times higher than in other towns, which has led to a criminal complaint by the Public Prosecutor's Office. 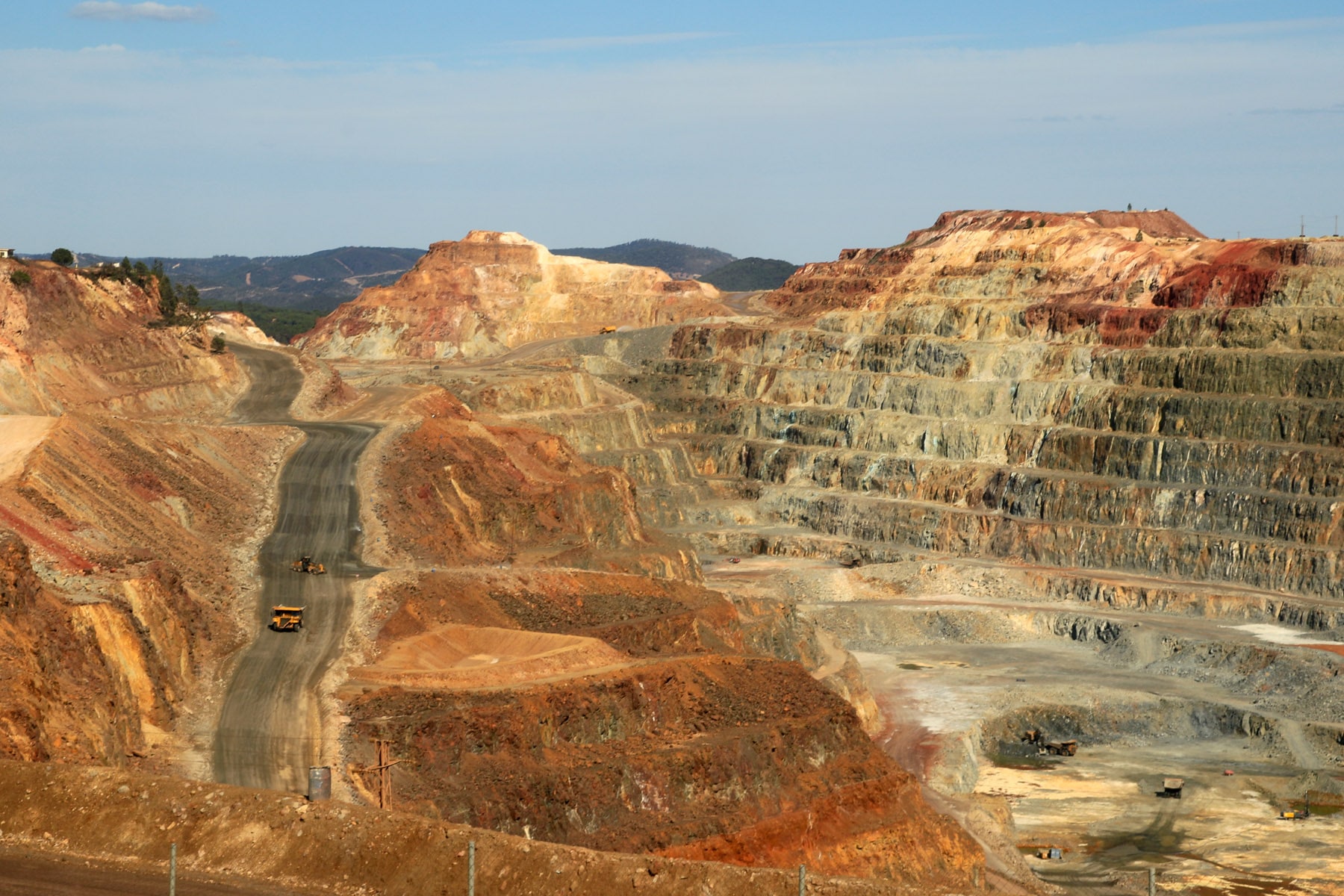 The restart of mining activity in 2015 was permitted by a Unified Environmental Authorisation (AAU) in 2014, which was annulled, together with the authorisation to restart the mine, by two final judgments of the Andalusian Supreme Court of Justice in September 2018 and April 2019, for not submitting to public participation key environmental documents.

In May 2020, after a new period of public participation, the Junta de Andalucía once again granted an AAU identical to that of 2014, but without complying with Directive 2014/52/EU, which establishes the obligation to carry out an assessment of the vulnerability of the project to risks of serious accidents or disasters, and without carrying out a Special Plan for the zoning of the more than 1,939 hectares occupied by the mine in the municipalities of Minas de Ritinto, El Campillo and Nerva. The mandatory Strategic Environmental Assessment of this Special Plan was also omitted. 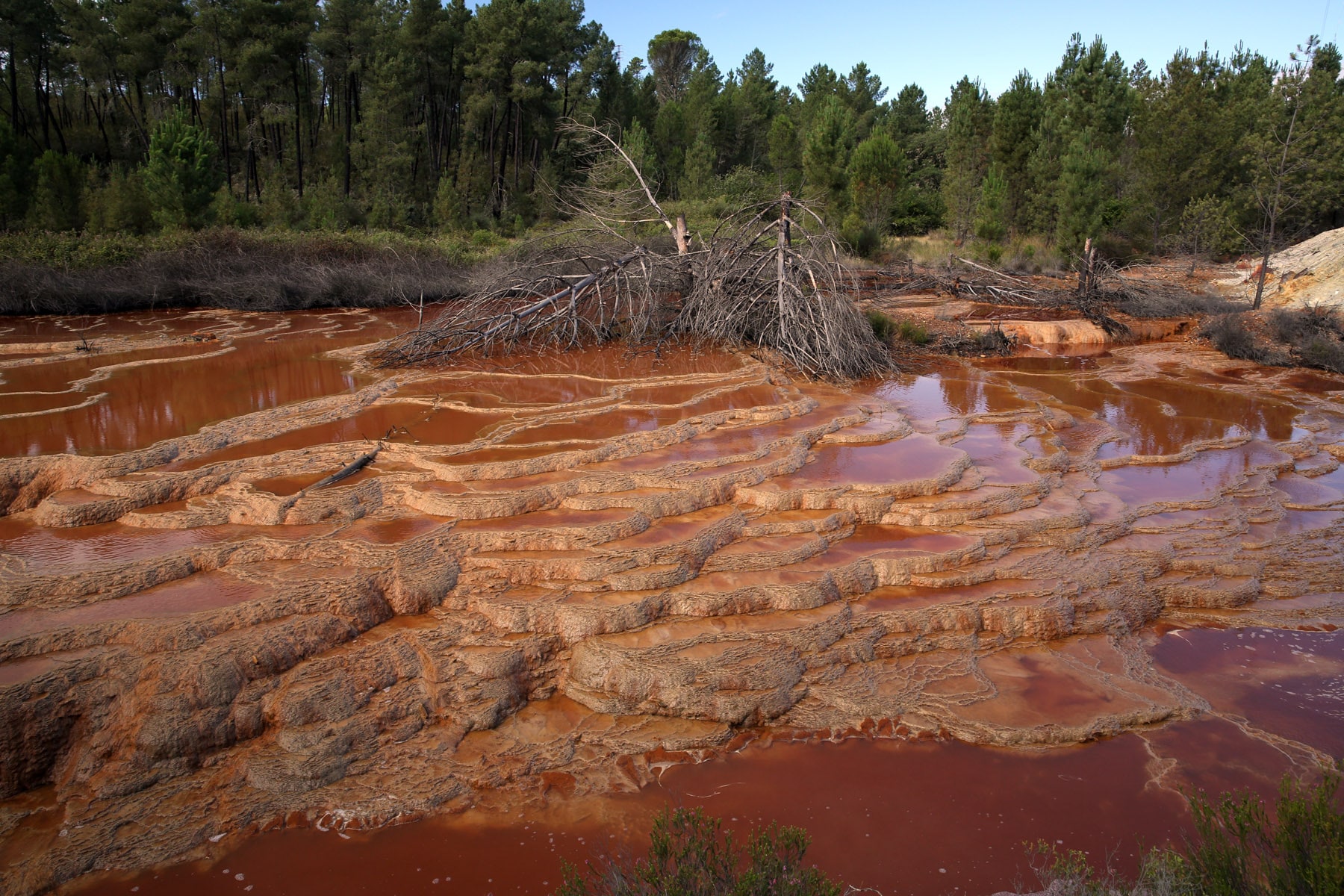 Acid mine drainage in the Tintillo river,downstream from the Atalaya open pit Ecologistas en Acción

Since 2014, the processing of environmental authorisations has limited or made public participation impossible, leading to their annulment by final rulings of the Supreme Court and the High Court of Justice of Andalusia.

Atalaya's social engineering efforts are channelled through the Fundación Atalaya Riotinto, which funds local sports teams, charities and municipalities. Atalaya also provides pro-mining talks and materials at local schools and organizes visits of school children to the mine.

In parallel, the Fundación Río Tinto (established by the former mining company in 1987) and local authorities have established a Mining Theme Park, which promotes positive views on mining and downplays its social and environmental impacts, emphasizing an alleged natural background. 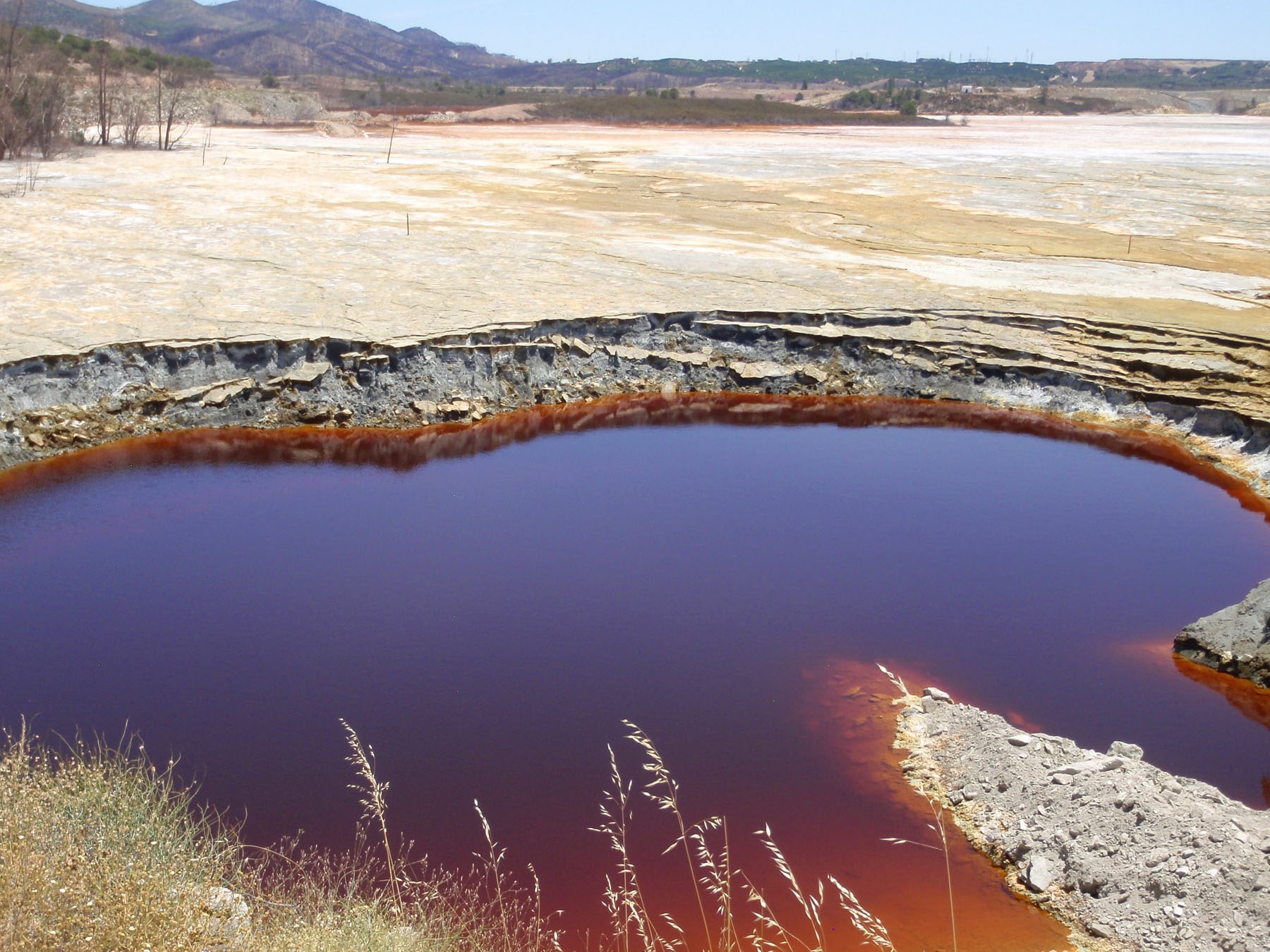 Currently, Atalaya subcontracts the loading and unloading of ore and the maintenance of the tailings dams embankments to a haulage company, who's workers have denounced the lack of safety and called protests denouncing the situation. Workplace accidents have been frequent, including a fatal accident in 2018.

Atalaya Mining received in 2014 an €8.8 million grant from the Andalusian regional government to reopen the Riotinto mine. These were EU funds managed by the IDEA Agency.

In 2012, following several complaints by ENGOs, the former owners of the mine were sanctioned with a €1.8 million fine for the damage caused by toxic discharges into the Agrio river, a tributary of the Odiel. The former mining director are facing a number of criminal proceedings for allegedly falsifying documents, fraud and other charges.

With the reactivation of the mine in 2015, the authorisations were challenged in proceedings at the administrative courts, resulting in their annulment by judgments of the High Court of Justice of Andalusia and the Supreme Court.

In recent years, the Public Prosecutor's Office has filed several complaints against the mining company for atmospheric pollution after protests by local residents.