The mine operated from 1903 to 1985, when it was abandoned without restoration. Concessions were terminated in 1993 and the area designated for environmental recovery, but heavy metal pollution remains. In 2021 a new mine concession was granted in a process that has been contested for breaches in public participation. 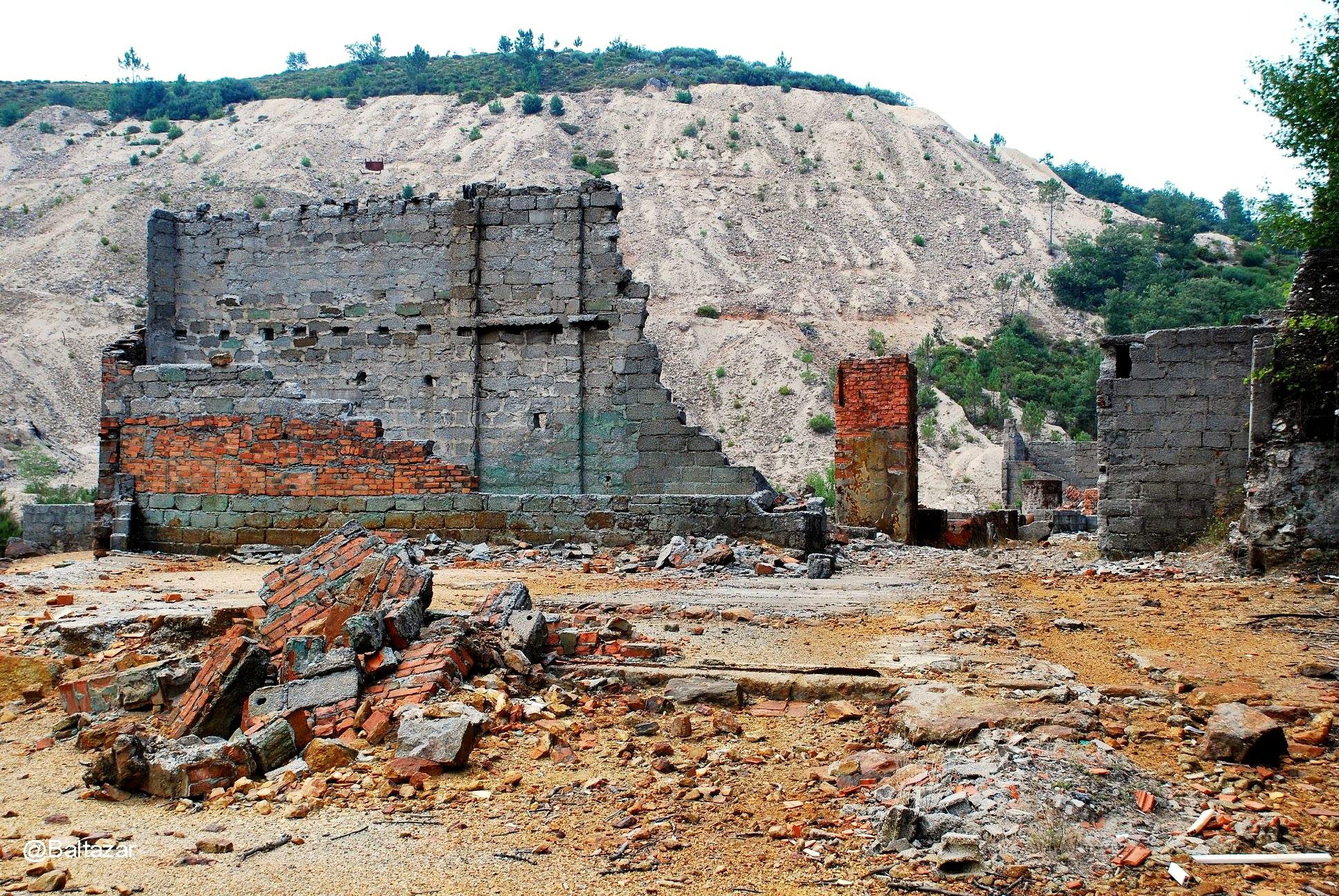 The mine has historically polluted the Caniçó, Borralha (Amiar) and Rabagão rivers which flow into the Cávado river within the Gerês National Park. A 1982 study warned of high copper concentrations in the Venda Nova dam, and the Water Authority (DGRAH) demanded actions to address ongoing pollution and high levels of heavy metals in the dam. In 1985 a plan to reduce pollution was aggreed upon, but the mine was soon closed without ever implementing it.

Today, the Cávado river and its tributaries continue to be polluted with cadmium, mercury, copper and other heavy metals as a result of acid mine drainage from the Borralha mine. The Cávado Basin Plan (Plano da Bacia Hidrográfica do Cávado) acknowleges the Borralha mine as 'the only mining operation with acknowledged environmental problems' as 'run-off from its large tailings ponds causes copper contamination issues in the Venda Nova reservoir'. The Venda Nova reservoir provides water to the Ave valley, while the Cávado river, downstream, provides water to other towns and cities, including Braga.

Several studies have shown how the surrounding soils have high concentrations for arsenic, cadmium, lead and mercury, all of which are extremely toxic to the environment and human health, as well as other heavy metals.

In a study conducted in 2015 and with samples collected from agricultural soils, residential areas and the tailings of the Borralha mining site, researchers of the National Laboratory of Geology and Energy (LNEG) conclude that the area faces considerable Acid Mine Drainage. The observed impacts include acidification and  contamination of soils, superficial and groundwaters with severe impacts on biodiversity and, possibly, public health.

No significant remmediation efforts have been carried out even through EDM - Empresa de Desenvolvimento Mineiro, S.A. has a concession from the State to manage environmental liabilities. 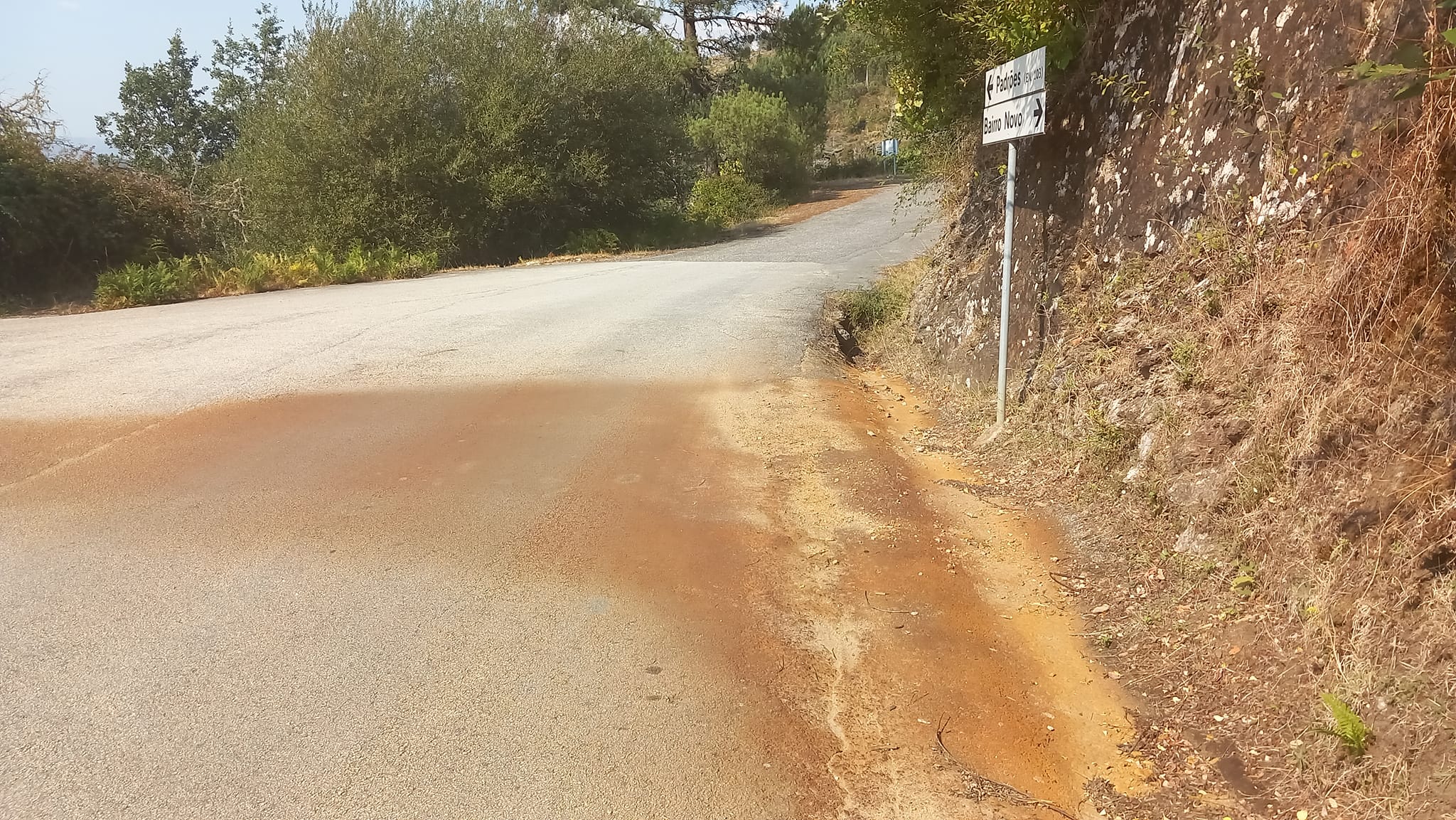 Traces of acidified waters on a nearby road Baltazar Ribeiro

The state established the Borralha environmental recovery area that has since been technically under the management of EDM - Empresa de Desenvolvimento Mineiro, S.A., that holds a concession for remmediation work. However, no significant environmental remmediation has been carried out to this day, and pollution from acid mine drainage continues.

Minerália obtained a prospecting license for the Borralha area in 2012. As the licence was nearing its end, the company requested an experimental exploitation concession in 2017. A public consultation took place in 2021 but details on the nature of the project were concealed. The contract awarding the concession was signed in October 2021, while the public consultation was completed months after, in February 2022. The preliminary project is focused on an open pit mine at the Santa Helena breccia pipe, just meters away from the villages of Caniçó and Paredes.

While the holders of the new mining concession cannot be made liable for past mining, it is unclear how ongoing impacts from past mining in the same areas will be distinguished from new and accumulative impacts.

While the public consultations were ongoing, the Portuguese administration refused access to the documents that were part of the consultation itself. These included preliminary plans of where the open pit would be created. This was widely contested by NGOs, that demanded that consultations be suspended.

While the Committee of Access to Administrative Documents (CADA), an independent administrative authority, determined that access to information should be provided, the mining authorities (DGEG) still refused access after signining the concession contract. Legal action has followed, and the case has been brought to the attention of the UN Aarhus Convention Compliance Committee.

The Montalegre municipal council has expressed its support for the project, and in 2015 opened a mining museum (Centro Interpretativo das Minas da Borralha), that has cost over 2 million euros. The mining museum does not address the historical and ongoing heavy metal pollution issues, while no comparable ammount has been dedicated to remediation.

The Borralha mining museum was publicly funded with over 2 million euros, including EU funds.

Following failure to provide access to environmental information during the public consultation period, an administrative claim was filed with the Committee of Access to Administrative Documents (CADA), an independent administrative authority, that determined that access to information should be provided. However, the mining authorities (DGEG) still refused to provide access the documents, instead sending completely redacted versions. A judicial appeal was filed with the Administrative Court of Lisbon (Case 58/22.1BELSB), but a year after the initial request had been made access to the technical documents had not been provided. The case has also been brought to the attention of the UN Aarhus Convention Compliance Committee.