The project intends to transform an innactive quarry concession into a open-pit lithium mine affecting a large area in the Barroso region. Permitting has incurred in numerous breaches in terms of participation and transparency while government and mining company have engaged in intense social engineering efforts. 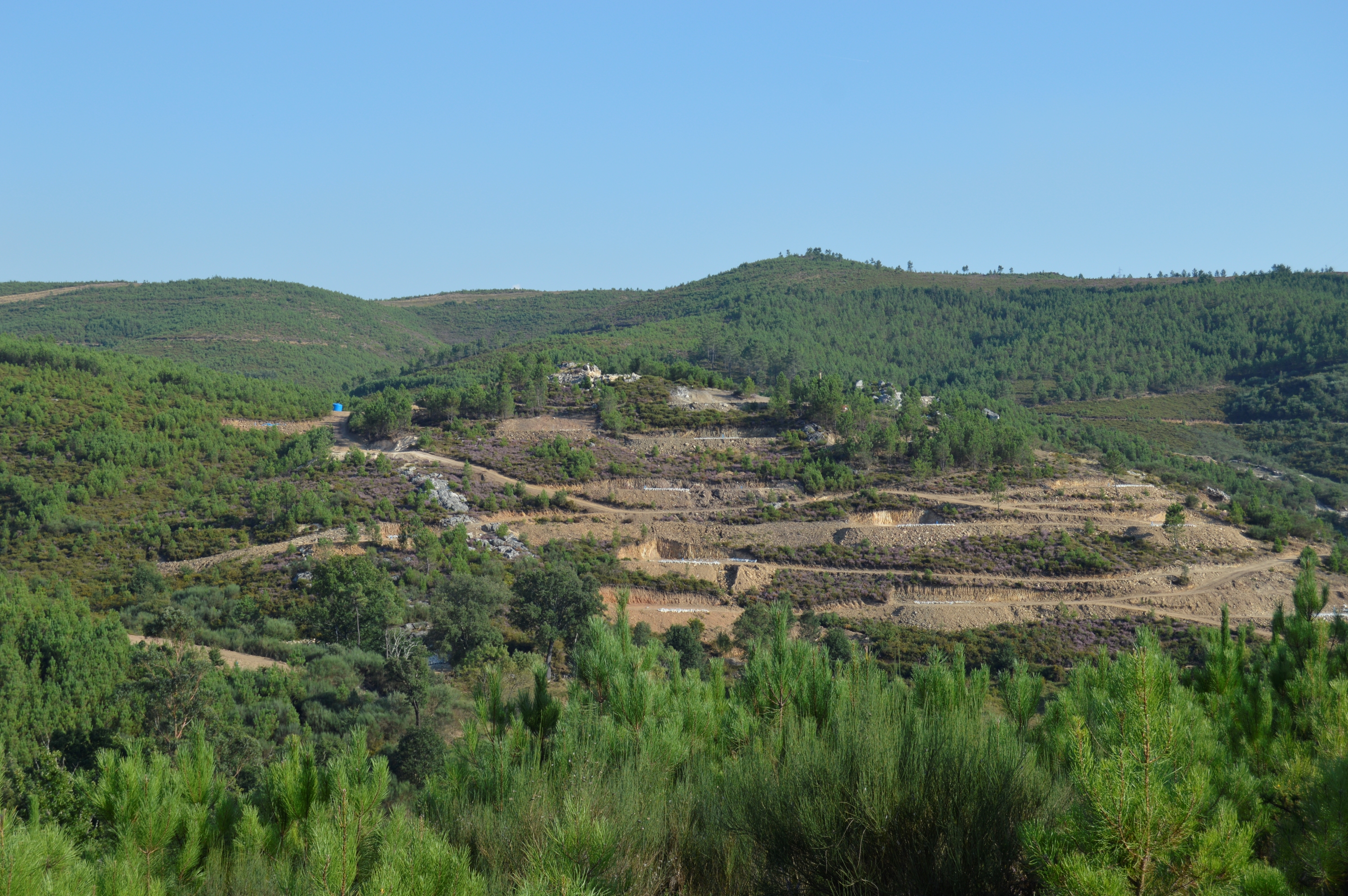 The Barroso mine project lies within the UN-FAO designated Globally Important Agricultural Heritage Systems Site and the surrounding rivers are home to the critically endangered freshwater pearl mussel (Margaritifera margaritifera).

The project foresees the open pit exploitation of a number of contiguous lithium deposits, the largest of which will be 600 by 500 meters and 150 meters deep, extracting 27 million tons of rock. The nearest homes are just 200 meters away from the granted area.

Technical shortcommings of the project were examined at a special hearing of the European Parliament, where a design for a 193-metre high tailings dam was considered 'highly experimental' and an example of 'reckless creativity'. The dam would store 50.1 million tonnes of waste rock and 14.0 million tonnes of tailings, making it would be the largest filtered tailings dam in the world. If the dam were to fail, the spillway breach would release 8.5 million cubic metres of mine tailings with a flow distance of 86 kilometres, with an impact on numerous communities along the Tâmega and Douro rivers.

During the exploration phase an extensive drilling campain took place on community-owned lands. However, Savannah Resources failed to restore affected lands. 135 core drills were performed from 2017 to 2018, referred to by the population as aggressive and unauthorized exploration on grounds not belonging to the mining company.

A Portuguese geologist has considered these works 'dirty exploration' and 'swarms of exploration drill holes' unprecedented in the Portuguese mining history, ironically designated a 'tooth pick dispenser surveying', to refer to excessive drilling in areas of already known deposits, not justified by technical necessities but by an intention to push share prices through press releases. 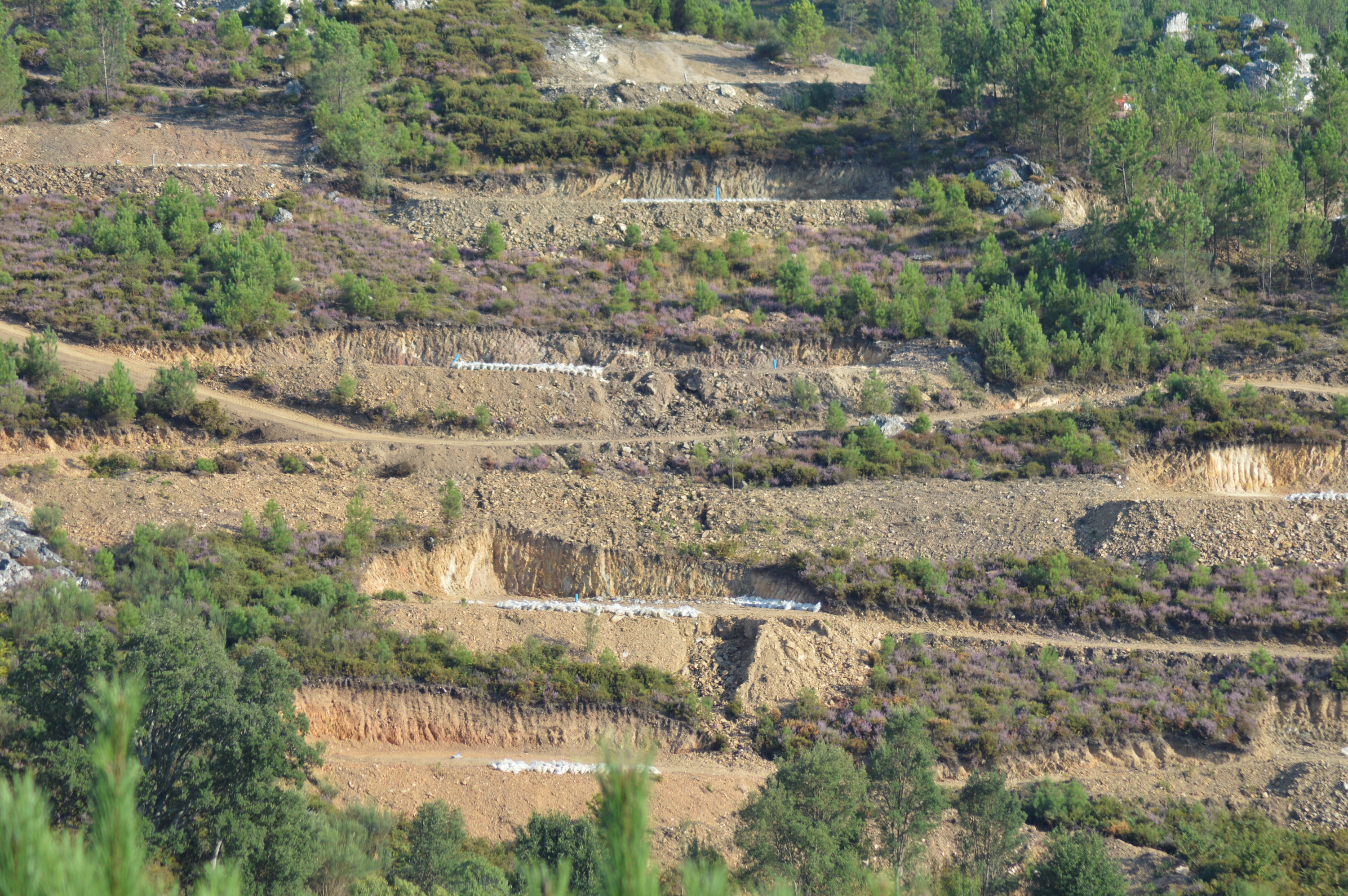 In 2006 a Portuguese ceramics company was issued a mining licence for feldespar and quartz in an area of 142 hectares south of the village of Covas do Barroso. The projected mine never opened. Only small amounts of rock were extracted in order to keep the licence active but the Administration failed to terminate the contract.

In 2008 the granted area was extended to 542 hectares to mine seven different quarry areas, but again the project never took place. In 2017 the process to extend the granted area with a new project to mine lithium was initiated. The new EIA proceedure has been contested for lack of transparency. The local parish government has challenged in court both the extension of the granted area, the addition of lithium as a minable substance and the type of concesion.

In 2019 the company also applied for classification of the project as being of National Interest (PIN) to fast-track permitting, but this was opposed by the municipality and finally the company suspended the application to avoid its rejection.

Portuguese authorities refused to provide timely access to environmental information during the EIA proceedure limiting the possibilities for informed participation, even after a ruling by the FOI Commission was issued. The company also refused to provide information to ENGOs. Actions were initiated before Portuguese courts and the UN Aarhus Convention Compliance Committee.

At a special hearing of the European Parliament the Mina do Barroso case was referred to as a case in which 'populations are confronted with massive public relations campaigns'. Savannah Resources has an agressive PR campaign, including extensive media presence, that led to sanctions by the Portuguese Media Regulatory Body ERC. In February 2022 Savannah established the Lítio Barroso Foundation with an initial fund of 250,000 € to 'to develop education projects promoting the potentialities of lithium; health of the local population; care of the elderly; environment and  heritage; promote innovation and enterprise or economic social and cultural development'. Previously, it had already sponsored local sports teams and promissing a 6M euro Benefit Sharing Plan.

Local population claimed access to community-owned lands for drilling occured under threats of legal actions against anyone opposing the company's presence. Legal action was also initiated by the commons (baldio) assembly against the mining company for attempting to usurp part of its traditional lands.

Savannah Resources is listed as a beneficiary in the Horizon Europe EXCEED project on the valorisation of mineral and metallic lithium exploitation by-products.[x] The project funded by the European Commission includes research on how to improve public acceptance of projects through engagement with the public and strategies on Social License to Operate (SLO).[x] In 2020, involved researchers and employed methods were deemed unscientific and manipulative by environmental justice researchers and local and international NGOs.[x][x]

Savannah received EIT RawMaterials funding in 2019. In 2020 EIT InnoEnergy and Savannah entered into an ‘Added Value Services Agreement’ to assist Savannah in securing finance to develop the Mina do Barroso project. Savannah is also part of the consortium of the EXCEED project funded by the EU Horizon Europe R&D programme.

The Mina do Barroso project has been subject of various parliamentary questions at the Portuguese and European parliaments, as well as a two citizen's initiatives at the Portuguese Parliament. The local municipality, Boticas, also passed a resolution against the proposed mining project.

In 2022, the Covas do Barroso Parish Council also initiated judicial action against the 2016 government's decisions to extend the concession area and add lithium to the minerals for which it had originally been granted for. The commons (baldio) assembly sued the mining company over attempts of usurping its lands.