After open-pit mining between 1974 and 1987, the mine was abandoned without restoration and used for waste processing and disposal. The mine has been responsible for the injection of heavy metals into the river system of the Ulla and the Arousa estuary. A project to reopen the mine is in the pipeline. 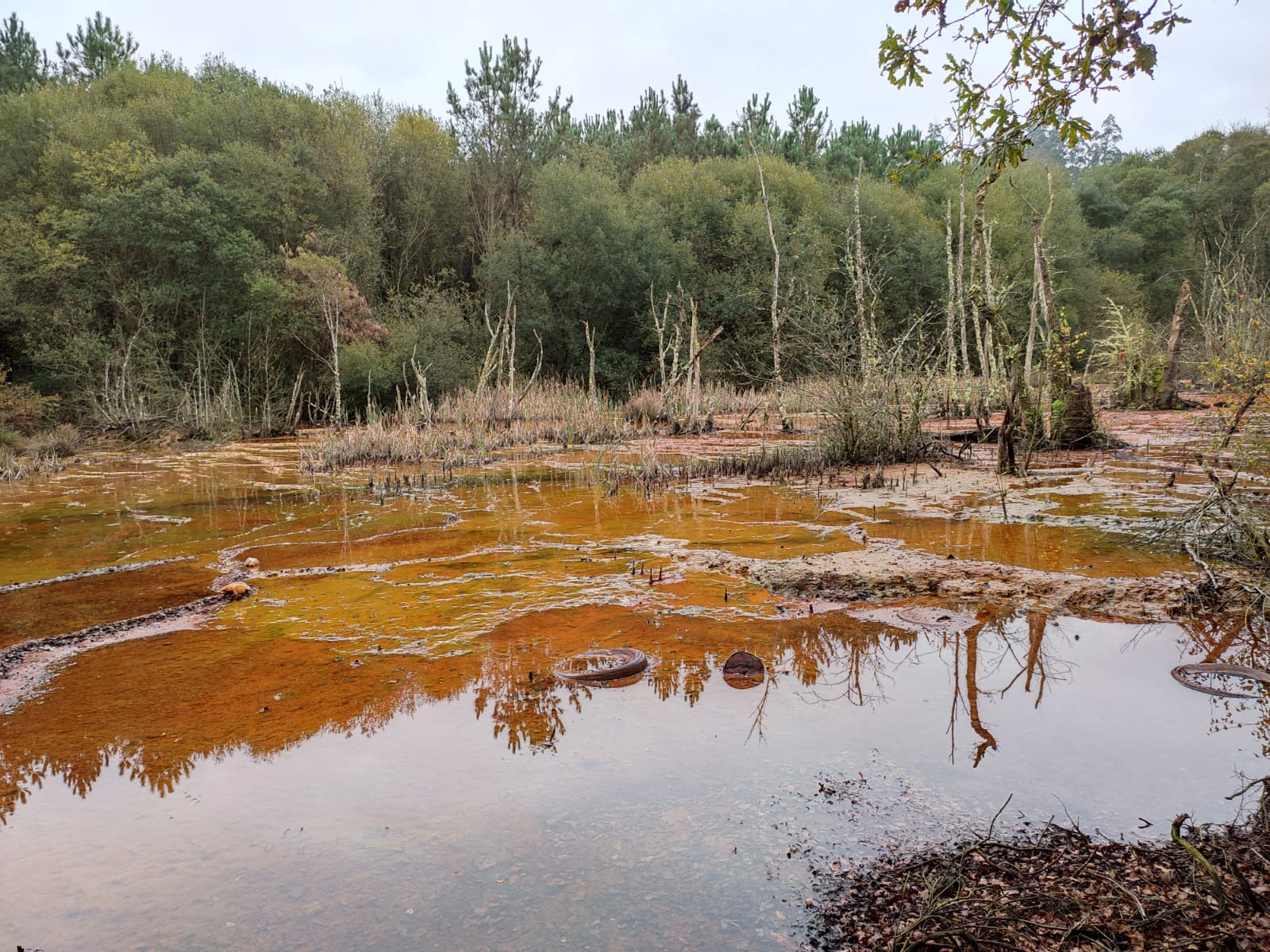 Open-cast mining (1974-1987) and the lack of adequate restoration to date has caused serious and persistent damage to the fresh-water system of the river Ulla. The uncontrolled filling of the tailings deposit, originally built on a wetland, in absence of any restoration plan, involved constant discharges of acid mine drainage which continues to pollute the area.

Several watercourses (Portapego, Felisa, Burgo, Pucheiras, all tributaries of rivers Lañas and Brandelos) show high levels of heavy metal pollution. Heavy metal contamination affected salmon populations in the Ulla river and has been responsible for the contamination of sediments in the Arousa estuary. After the mine was abandoned, the are and open-pits were used as a dumping ground for hazardous waste and, currently, as a deposit for sewage sludge, generating bad smells and contamination by leachates.

Mining caused the destruction of the Castro de Copa hillfort, an archaeological site dating from the Iron Age. The mining concession borders on the north with the protected zone of the Camino de Santiago (French Way) in its last leg before reaching Santiago de Compostela, and ICOMOS issued a negative opinion on the project to reopen the mine. Next to the main route of the French Way there is also a historical branch of the Way of St James, the Quión to Arca path (PCAH-1/TCAH-2), which would be destroyed if the proposed new project were to be authorised, together with the 'Camiño da Feira do Vinte'. 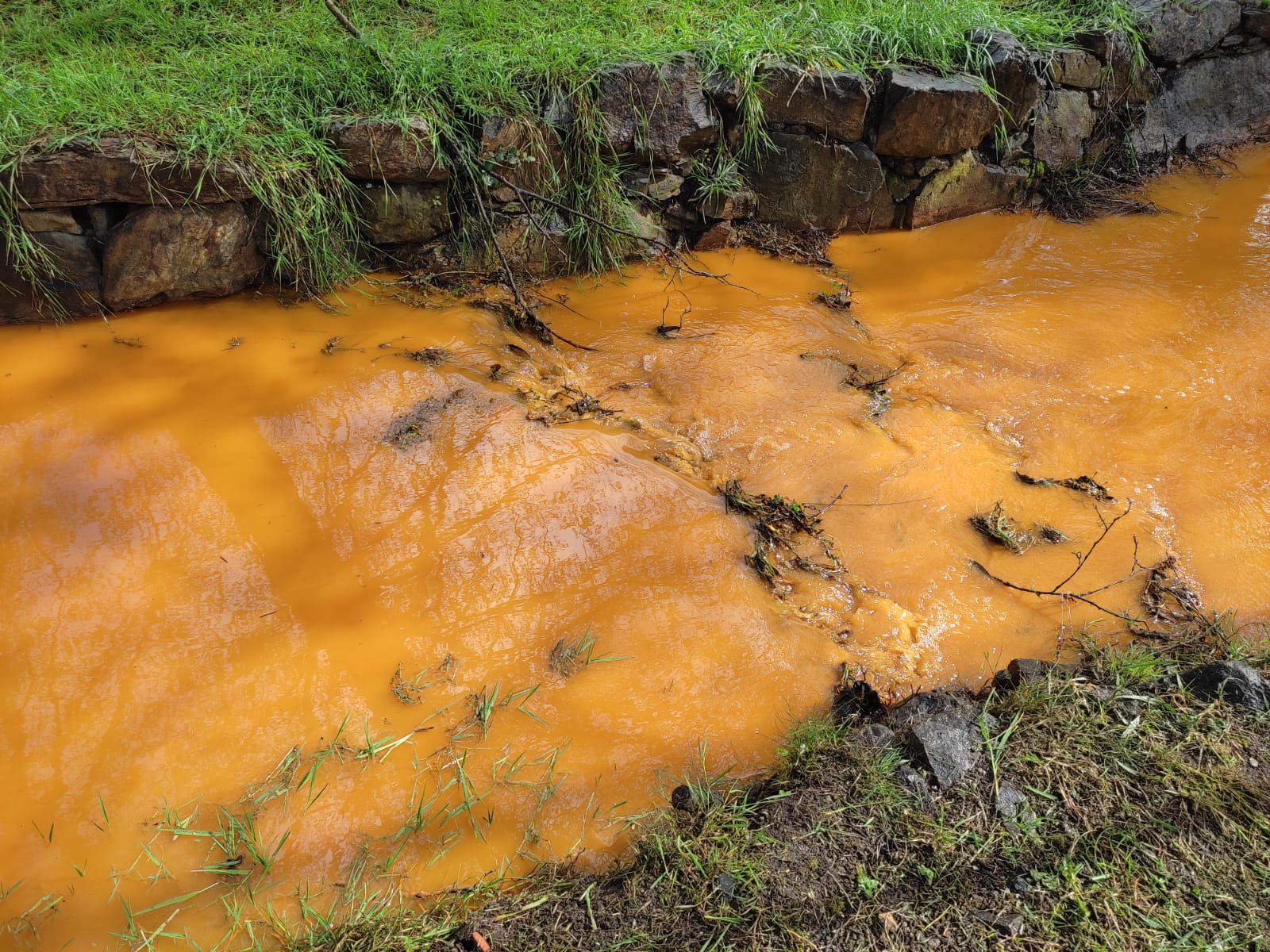 Acid mine drainage downstream from the Touro site

Since an Environmental Impact Study and restoration plan was presented and approved in 1984, the document has never been updated, despite the time lapse and all the changes that have taken place, including the filling of the old tailings deposit with rubble. Even with the huge investment of public funds, restoration measures have sofar not prevented the continuation of heavy metal pollution, in the face of the passivity of the administration for decades.

Although copper mining ended in 1987, the mining concession has remained in force since then, despite the existence of causes for its termination. After several years in which hundreds of drill holes were made in absence of required permits as well as low altitude flights with georadar, in 2017 a new open-pit mining project was presented. In 2020 a negative Environmental Impact Statement was issued and in 2021 the administration rejected the project. The same company has announced that it will resubmit a new project with similar characteristics. 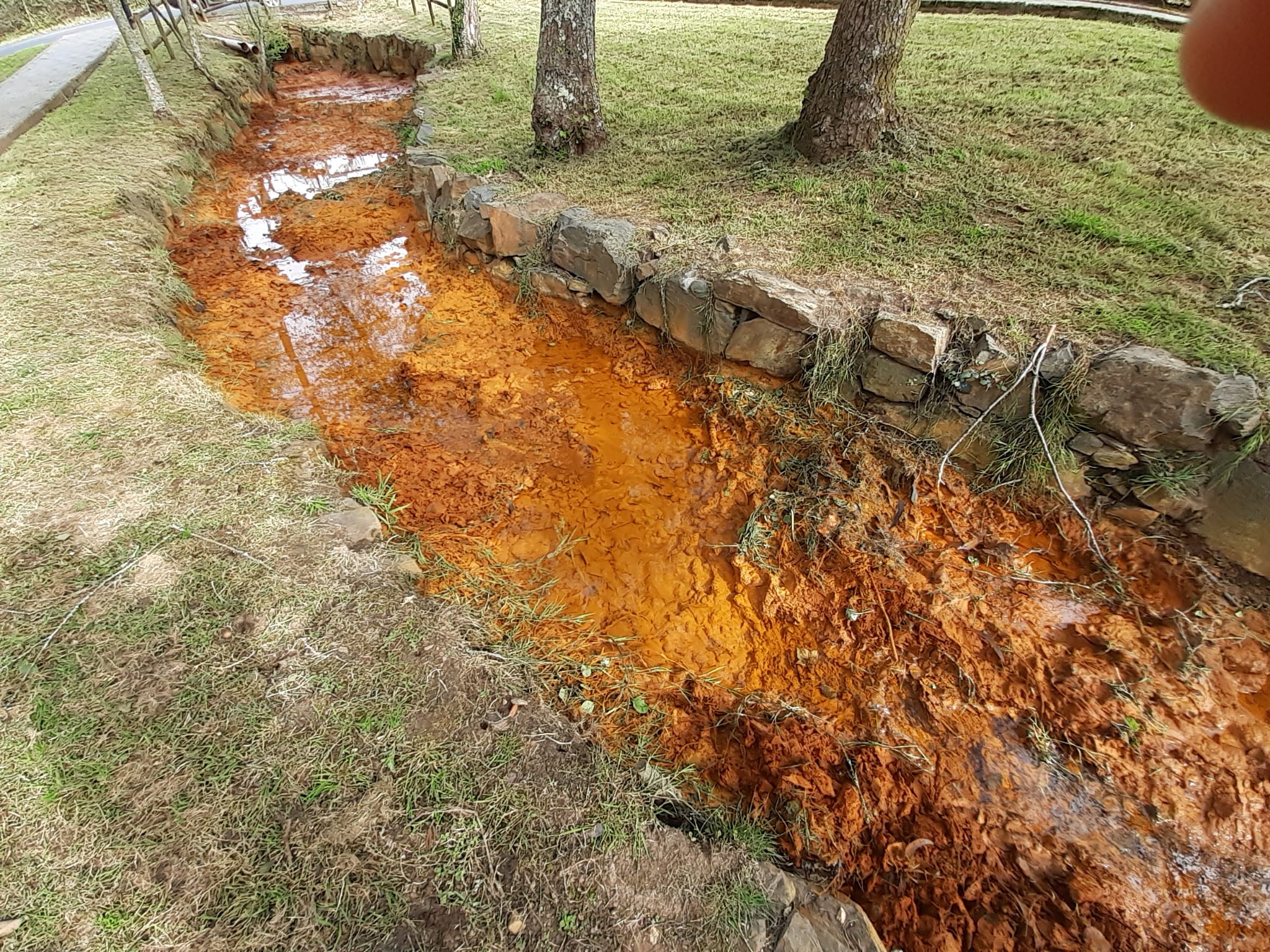 Acid mine drainage downstream from the Touro site

Since the new project was made public in 2017, and especially during its processing, several organisations have denounced the obstacles and difficulties in accessing information related to the mine, hindering public participation. Impediments included the impossibility of providing electronic copies (even for documents in electronic format), the need to physically go to the administrative offices in A Coruña (85 km from the site) during morning hours and limitations regarding what documents were made available. In addition to this, the mining company has continued to state its opposition to allowing access to administrative documents.

In parallel to the processing of the new mining project, an intense campaign of social engineering has been deployed, including the sponsorship of sports teams, school indoctrination in the affected communities, the creation of an instrumental association (astroturfing) to defend corporate interests, and the manipulation of public opinion through media reports.

Francisco Gómez y Cía, S.L. was one of the few Spanish mining companies that tried to stop the modification of the legislation on occupational diseases so that it would not include cancer derived from silica exposure as such.

The main trade unions (CCOO, CIG, UGT) have expressed their rejection of the new mining project.

Much of the restoration work carried out over the last two decades has been paid for by public funds.

Since the beginning of the 2000s, there have been successive complaints in connection to heavy metal water pollution, with sanctioning proceedings being opened by the water authority. Only in recent years has this administration applied some sanctions against the mining operator. Complaints have also been filed in relation to waste management activities that cause smells and leachates.

In 2020 the Environmental Prosecutor's Office brought to court a number of complaints against the mining operator and several senior officials for the situation resulting from riverine pollution and omissions in administrative control. At the beginning of 2022, three criminal proceedings were underway.

The problems associated with the Touro mine have been the subject of several questions in the European Parliament, where several petitions were also filed. During a parliamentary hearing held in December 2021, the Touro mine project was highlighted as an example of bad practice.