This open-pit nickel-copper mine operated between 2005 and 2015, causing heavy metal pollution in the Rivera del Cala river. Permits for an underground mine were sought, but in spite of receiving a positive EIS in 2017 operations were never resumed. Ownership has changed several times while restoration has not been carried out. 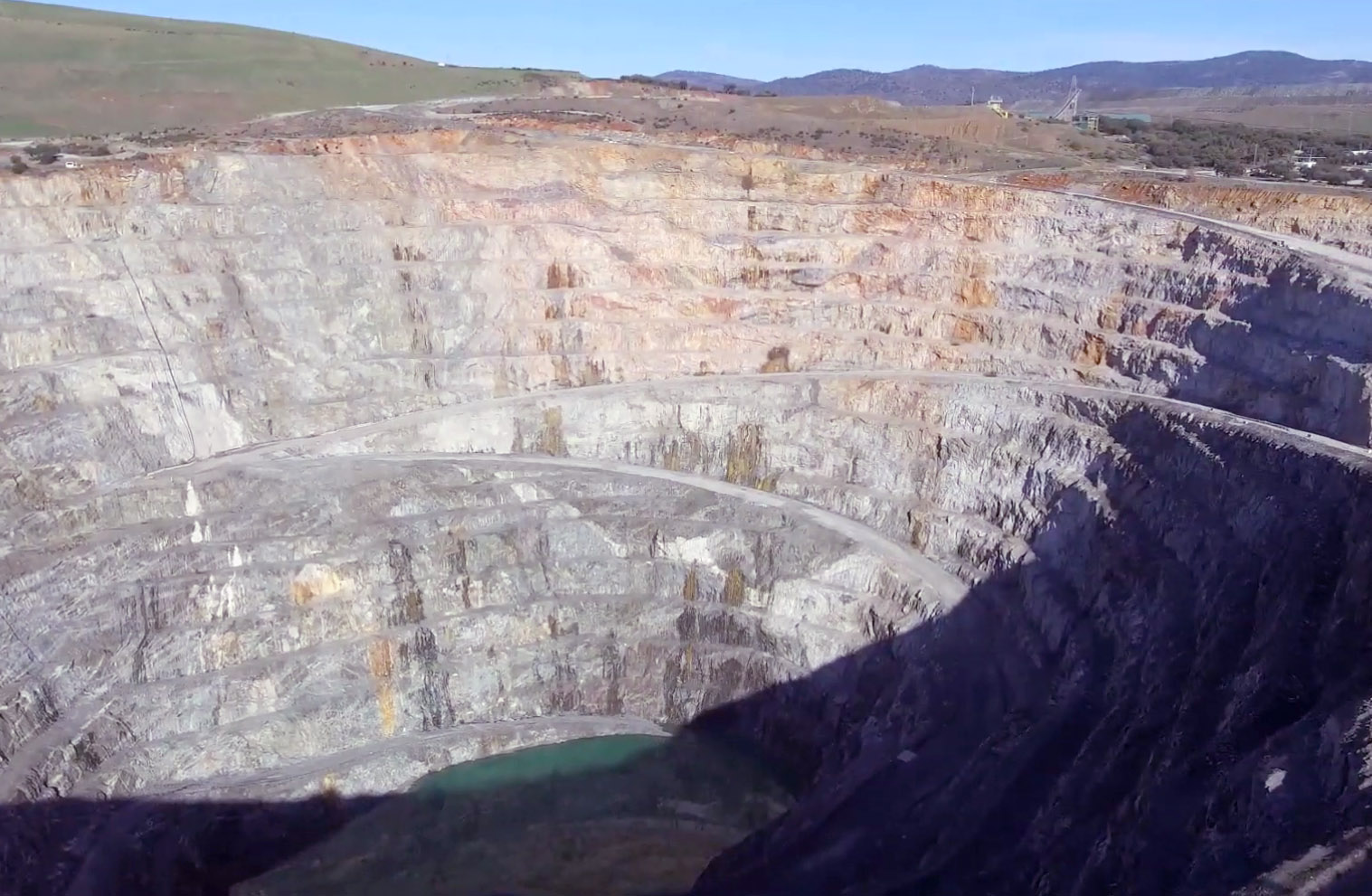 Since the mine started, cadmium, nickel and lead levels have frequently exceeded the maximum allowable limits in the Rivera del Cala river, that is adjacent to the mine. Lack of effective restoration has caused continuous seepage from the waste deposits. It has been reported how mining pollution has caused the loss of a large part of the river fauna for several kilometres, as far as Almadén de la Plata.

Over the years there have been several protests regarding the contamination of water reservoirs situated downstream and the company has been sanctioned on several occasions by the Guadalquivir Water Authority, with the Andalusian High Court of Justice upholding the sanctions imposed.

The mine is located in the proximities of the Rivera del Cala river, potentially affecting the Sierra Norte de Sevilla and Sierra de Aracena y Picos de Aroche Natural Parks as well as the Rivera del Cala Natura 2000 area, habitat of endangered species such as the black stork and the Iberian lynx. The operation involved the destruction of hundreds of hectares of dehesa agrosylvopastoral systems.

The mine is also close to the town of El Real de la Jara, where contamination by suspended dust, noise, vibrations, cracks in houses and road damage from heavy traffic have been reported. 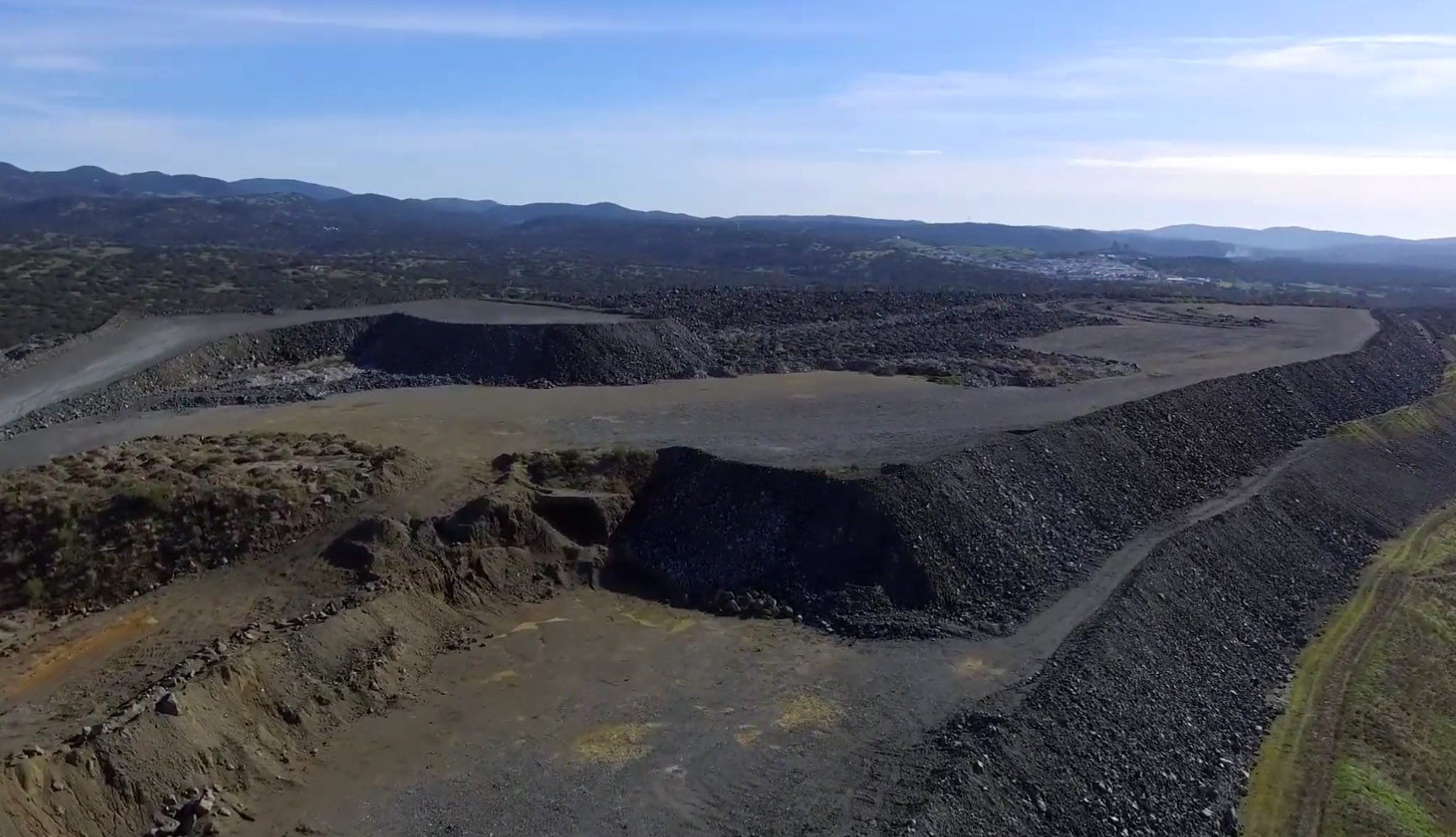 Inadequacies and omissions in the project presented in 2002 were brought to light by numerous environmental groups, who denounced irregularities, and criminal proceedings were initiated in relation to these events. Both the Junta de Andalucía and the Guadalquivir Water Authority rejected the project and questioned the safety of the tailings ponds due to the impact they could have on the Rivera del Cala river. The Restoration Plan established a guarantee of 3 million euros, which was considered insufficient.

In 2013, the company illegally began the underground exploitation of the deposit, something that was not contemplated in the approved mine project and environmental permits. This change in the mining method was only reported in the annual work plan of December 2014, months before the closure. Mining was halted in July 2015 as a result of associated groundwater contamination and mine collapse.

As a consequence of the illegal underground works, the process to obtain an EIS for an underground mine project was initiated in 2015, at the same time as the mine's parent company divested the assets. The new project contained numerous deficiencies, which lengthened the EIA procedure due to the need to amend the documents.. Despite this, a favourable EIS was issued in 2017. Mining operation were never resumed, with an extension of the environmental permits being requested in 2021.

During the period of activity, several work accidents took place, including a fatal one, following trade union claims regarding poor safety conditions non application of the collective labour agreement. The High Court of Justice of Extremadura and Labour Courts have have issued sentences in which the poor working practices at the Aguablanca mine have been exposed.

The mine received more than 6.6 million euros from Extremadura's regional incentive funds (ERDF) at the start of its operations. The closure of the mine generated unemployment leading to the adoption of an Economic and Employment Regeneration Plan for the Aguablanca mining area with 3.6 million euros, financed by the Regional Government of Extremadura and the Provincial Council of Badajoz. Despite the situation of inactivity, in 2021 Rio Narcea Recursos received a guarantee of 2.4 million euros from the Spanish Official Credit Institute.

Since the start of operations in 2003, several administrative and judicial complaints were filed for infractions committed by the mining company. Criminal charges for alleged crimes against the environment and corruption led to the initiation of proceedings in the courts of Zafra.

In 2015 the High Court of Justice of Extremadura ruled against Rio Narcea Recursos for having started work on the mine in 2003 without the necessary municipal and regional permits.

Between 2005 and 2007, numerous administrative complaints were also lodged with the Guadalquivir Water Authority. Several of these complaints led to sanctioning proceedings, with sanctions subsequently confirmed by the High Court of Justice of Andalusia.